Warning: Parameter 2 to qtranxf_postsFilter() expected to be a reference, value given in /home/treddieffex/public_html/wp-includes/class-wp-hook.php on line 298
 About | Theatrumundi

The forms of the theatre are constantly transformed, subject to all kind of influences and drives. Performativity has always represented an effective key of interpretation in identifying processes which mediate the construction of sense of each society. The performance is first of all a practice of the bodies, a practice that is apt to producing a critical redefinition of the surrounding reality. The heritage shouldn’t be considered as something frozen into a stiff identity, but as a resource that requires to be innovated and changed. The invention of new artistic languages is related to this transformation of traditions. The many forms that enliven the theatre landscape in Europe are an heritage that deserves to be protected and enhanced.

The connection of these forms with renewed and increasingly changing contexts is a necessary action that permits to open long-living artistic practices to new ones, to inspire new visions of the present and a new production of the future, to reach new audiences, which is just the opposite of all narratives with an ‘archaeological’ intention. Europe presents a great variety of artistic practices that contain very interesting elements of social, cultural, artistic métissage.

The contact and confrontation of different theatre practices can have a great, innovative impact in terms of renovation of methodologies, of aesthetic approaches, of use of diverse technical means, of opening to different cultural backgrounds. An extraordinary kaleidoscope of artistic forms that get into contact through a practical joint work of masters, keeping the flow of change and connecting with socio-cultural changes.

A range of artistic activities is implemented, based on international mobility, exchange of artists and works of art as well as on audience development actions, intertwined with a participatory research. Activities aim to improve artists professionalism and careers through the co-working between artists and cultural operators with diverse theatre backgrounds and languages; to involve the audiences in new enriching experiences, getting them closer to artists. The activities are realized in Lecce(Italy), Amsterdam (Netherlands), Athens (Greece), Paris (France). Main project outputs are: an international performance format, directed by Fabio Tolledi, as the result of the artists co-working in residence, that is presented and toured in the 4 countries; audience development actions; a multimedia platform, including the research results, artistic activities materials; a publication on the participatory research; a video on the project actions.
&nbps 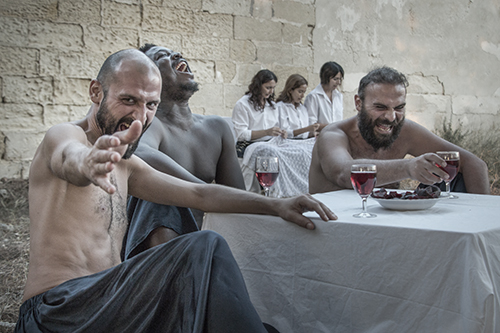 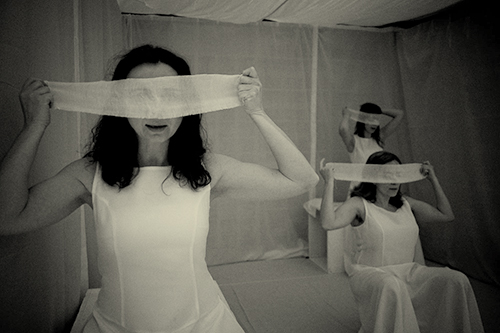 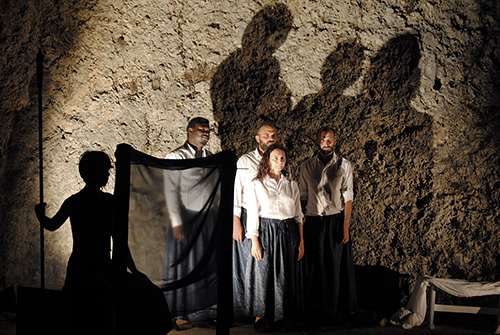 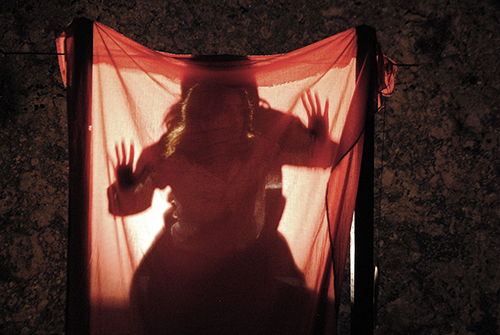 A theatre company formed in Lecce in 1981, Astràgali Teatro-Eufonia has, since its birth, combined production, training, and theatrical experimentation. In a constant relationship with a network of international bodies in the area of the performing arts, cooperation, and intercultural dialogue. Astràgali Teatro has brought to centre stage crucial questions connected with conflicts, violence, migrations, and the political boundaries that forcibly divide peoples and cultures. Its efforts have been marked by the need to strengthen international cultural networking, enabling artists exchange and mobility. Doing theatre in places of conflict has been characteristic of most of the international projects (many of which supported by the European Union Cultural Programs) and productions in recent years – efforts that have brought Astràgali to about 30 countries around the world: Il corpo dell’arte; Teatri di guerra – pratiche di pace; War gifts; Persae; Le rotte di Ulisse – per una critica della violenza; Front/frontier- dynamics of inclusion of the other; Roads and desires-theatre overcomes conflict; H.O.S.T. – Hospitality, Otherness, Society, Theatre; Stories of stars and acrobats; Walls- Separate Worlds; Theatrum Mundi.

Iuav is a ‘themed’ university totally focusing on design.It is a dedicated place for teaching,specialisation and field research in design of living space and environments such as buildings,cities,landscapes,regions as well as design of every-day use objects,cultural,theatrical,multimedia events,fashion and graphics.Educational programmes,courses and activities are divided into 5 undergraduate degree programmes and 8 graduate degree programmes that are project-driven in fields of architecture,design,fashion,visual arts,urban and regional planning,theatre,in addition to postgraduate specialisation programmes, advanced specialisation courses and 8 research doctorates.It has entered into agreements with institutions in Venice,in the region and abroad that involve students in artistic,design and theatrical productions.International Exchange Programmes are currently offered in cooperation with 130 European universities and 60 non-Eu for the promotion of students’ and researchers' mobility.

It has as its main mission to promote, at a national and international level, theatre in its multicultural vocation. It develops the International ITI–UNESCO main objectives, of favouring cooperation practices between artists and institutions, enhancing collaboration among cultural operators, strengthening the organization network, remarking the importance of theatre as a pivot of social development and peace. It represents a centre of reference for a network of theatrical realities disseminated all over the Italian territory, gathering and giving light to their different instances and expressions. Its activities go from the organisation of the World Theatre Day and Dance Day in Italy, to projects related to the internationalisation of the national theatre scenario. Among its members: Accademia Amiata-Grosseto,Teatro Vascello, Astràgali Teatro,La Mama Umbria, Aenigma Association,together with several individual artists and researchers.

National and Kapodistrian University of Athens – Art and Speech Lab

It was founded on May 3, 1837 and was housed in the residence of architect Stamatis Kleanthes, on the north east side of the Acropolis. It was the first University not only in the newly- established Greek State but in all the Balkans and the Eastern Mediterranean in general. The Art and Speech Laboratory was founded in 2002 and is part of the Faculty of Education Sciences within the National and Kapodistrian University. It develops an intensive work of research on art and education, investigating creative ways of learning languages; the relation between literature and theatre; theatre as a useful instrument of active learning. It is promoter of an international project concerning the role of theatre in education programs, involving researchers from several EU countries (THALIS project).

It was established in 1982 and is one of the most active theatrical realities in Ionian Islands. It is directed by Kostas Kapodistrias, actor and director in many plays performed all over Greece and abroad. The work of research of Theatro Tsi Zakynthos concerns theatre and investigation of social fields, trying to delve into traditional aspects of the territorial cultural heritage in relation with an active contemporary research. Nowadays, the theatre, is involved in different collaborations with other theatres of the Mediterranean Area. In its theatrical plays they have developed connections between elements of Zakynthian and Ionian islands history and the investigation of the migrant questions as historical and contemporary phenomenon. The work on theatrical research of Theatro Tsi Zakythos goes through the field of education,culture, social involvement, all important instruments for the project aims to set up intercultural work methodology.

It is a cultural pool devoted to the promotion of cultures from Europe, Central Asia and Mediterranean. It shelters an open space welcoming public readings, meetings, exhibition, concerts, cinema and other live performances; the Christiane-Montécot library, which keeps both the original and the translated versions of plays; a specialized bookshop; and the Théâtre de Syldavie, a drama company. The Maison d’Europe et d’Orient coordinates EURODRAM, a network of around 300 specialists spread into about thirty linguistic committees, who select theater texts of Europe in order to make them be translated.

It was founded in 2005 as an art production organization of the Dutch company of Bureau Barel.In 2007,the DW-RS Productions became more active,becoming the producer of a festival show by Joeri Vos.In addition,DW-RS Productions was the founder and main producer of the Confronting Cultures Festival.In 2009 and 2010 DW-RS was responsible for organizing the Sloterplas Festival in Amsterdam,a festival in which the creative participation of the inhabitants of the Nieuw-West boroughs of Amsterdam were important. The current policy of producing festivals and performances will be intensified.The focus is on producing high quality performances for the Dutch art market and organizing international co-productions in the field of performing arts and community related art projects.DW-RS is always looking for crossovers between art-disciplines and between cultures.Stressing the importance of stimulating creativity and the power of art in developing a society is the main objective.